Ru-watching Snatch Game in Season 3 ruminded us of the ever hysterical and our favorite of the game, Alexis Mateo flirting with guest judge and contestant, Amber Rose. 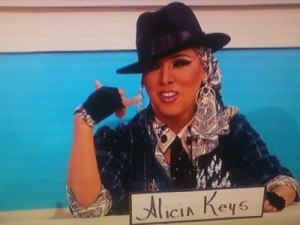 The winner of Season 3 snatch game was Stacy Layne Matthews as Monique,  performing Precious’ mother Mary with her “thug life” attitude and desire for someone to bring her some food. She was up against Raja as Tyra Banks and Alexis as Alicia Keys, but won!

Carmen Carrera as J-Lo, Manila Luzon as Imelda Marcos and Shangela as Tina Turner all landed them in the “safe” rating.  While Yara Sofia as Amy Winehouse, Delta Work as Cher and Mariah as Joan Crawford were the bottom looks. 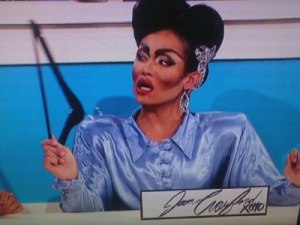