Nicole Paige Brooks from Atlanta Georgia and RuPaul’s Drag Race Season 2 took some time to speak with us and we’re so delighted she did. We talked about her experience on RuPaul’s Drag Race, while brief, eliminated in episode 2, she admits she’s

“not very competitive” and she didn’t really like the “bitchiness” behind the competition. She said she likes the comradery of working with the other drag queens and Drag Race didn’t provide that for her.

She did make friends with a few queens like Jujubee and Sahara Davenport. She’s since visited with Sahara and Manila in New York and Jujubee in Boston, but the closest friend she made was Tatianna. She also admits the obvious, Drag Race did allow her to “bump up [her] booking fee,” but it did not change her entire aesthetic since the show because she’d “already established [herself] in the Atlanta scene.” Nicole has been doing drag for almost 20 years and she admitted she wanted to “grow old gracefully.”

Drag daughter of Shawnna Brooks and proud member of the Atlanta Brooks family, we were surprised when Nicole told us that Phoenix from RuPaul’s Drag Race Season 3 was her drag daughter. She has several other drag daughters and even drag granddaughters who actually call her “Nana.” But she also has a son named Lukas who is now 8 years old and doesn’t like the attention they get from being on Drag Race. Lukas does keep Nicole grounded and keeps her in Atlanta. 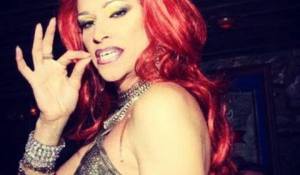 Nicole said she was interested in getting into stand up comedy.  She said, “Nicole is more of a comedian,” but she might take her stand up career as her real self, Brian.  She’d like to do Improv and potentially move into television and movies. But it’s not going to be as Nicole because she feels like her stand up career will follow her drag career.

We did ask her to tell us something her fans didn’t know but should.  Amazingly she was open about a very well kept secret she had.  For the past several years she has been in and out of an abusive relationship.  She wanted her fans to be sure that “once someone oversteps some boundaries in the name of love, RUN!” She admitted “love makes you do crazy things” and she put up with things that she wouldn’t normally.  She said “it is embarrassing” and agreed that people keep things like this to themselves because of it. She admitted to thinking to herself “what did I do, what did I do”

But in drag those boundaries are completely ignored, she stated, “people are always trying to buy me drinks, always kissing me, always hugging me.” Which she admitted makes it difficult to put up the boundaries in a relationship. So she said it blurred things for her a bit. But she felt strongly about her fans needing to know it happens and you have to be strong enough get away from the situation.

Probably the most touching moment we’ve had so far but we’re so grateful we had the chance to speak with her.  She let us know she did want to take a run for a national pageant title and we look forward to when she does. 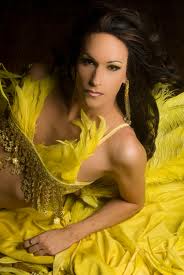