Mimi Imfurst from Season 3 and All Stars 1 of RuPaul’s Drag Race, hosts Philly Drag Wars where contestants in drag compete to win the crown.  The challenge was to be offensive and funny so one of the remaining contestants, Ariel Versace, took a bold leap by dressing with a makeshift hijab and a vest with bombs strapped to it. It was making a jab to the 9/11 situation attempting to make light of the events from thirteen years prior in New York and Washington D.C. She’s been under attack from people on Facebook and it’s been showcased on Queerty.com. The attacks are coming from just the site of the photo which has since been removed from social media at Ariel’s request. 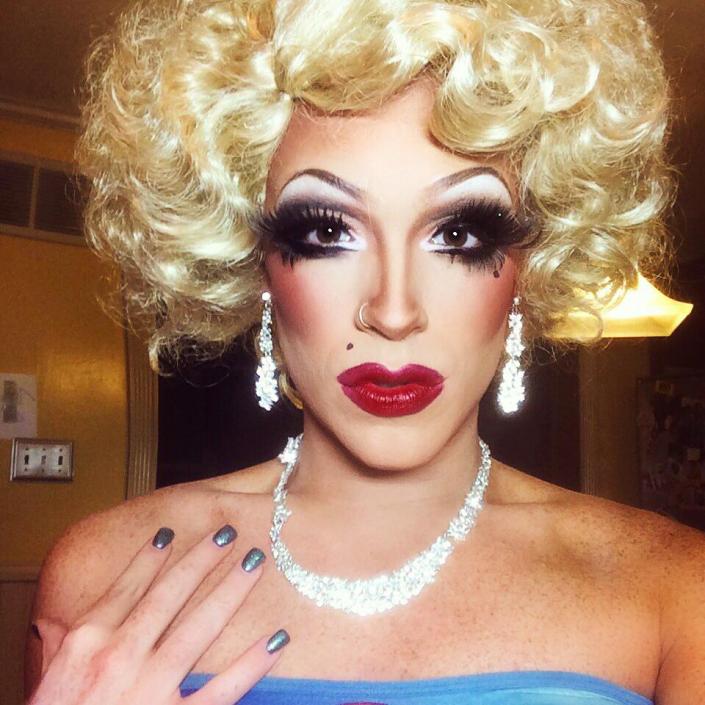 However, if you look back at drag, there have always been people pushing the comedic limits, look at Lady Bunny as recent as last week roasting the late Joan Rivers a mere nine days after her passing. Even Mimi Imfurst has been subject to a degree of “hate” from taking a risk by lifting India Ferrah during the lipsync challenge. While there will always be some performances we just don’t understand or even like, there certainly doesn’t seem to be a reason to be as hateful as some people can be during recent events.

Her mentor Bev had the following to say:

“OK here’s all I’m going to say about the Drag Wars 9/11 G Philly controversy:
As Ariel‘s mentor, I helped her craft the number to the specifications of that challenge, of which were only 3: Make it politically incorrect, funny and offensive. If she succeeded in all 3 is a matter of opinion, but I think we can all agree she met at least 2.
Other contestants that night chose to make their numbers about Abortion, Pedophilia, Molestation, Race issues etc. I’m sure certain groups would find these subjects offensive as well. As someone actually in attendance that night, I’m sure there were those individuals who were genuinely offended but it appeared to me that a majority of those offended were more upset that their favorite contestant was being overshadowed.

Perhaps we needed a respite from all the Gay Bashing articles, but to me it seems like another situation where the author of this article is adding unnecessary fuel to a fire to create controversy and increase viewer traffic as he’s done in the past with other hot button “issues”. To make a pariah out of a performer when not giving all the details is at the least, very shady, and at the most; dangerous and irresponsible.

And furthermore, judging a performance you didn’t see on the opinions of your friends is like saying “No i didn’t like 12 Years a Slave because my cousin didn’t.”