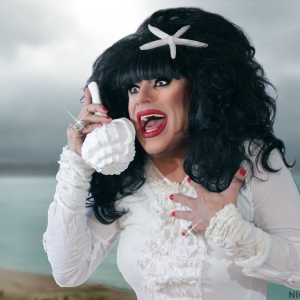 They have purchased and transformed the south of Market club Oasis, a name carried in the 1980’s & early 90’s. “We’re reinstating the name, as both a nod to the history of the venue, and because we hope it will become an oasis in San Francisco’s nightlife landscape, which has quickly become rather homogenized.” says Drollinger.

“Oasis is your place for the uniquely San Francisco,” D’Arcy continues. “A hub for drag and all things fabulous that

The Oasis is actually three venues in one: a happy hour bar with drag queen bartenders, a 150 sit-down cabaret theater offering drag-centric plays and cabaret and live music performance, and a 6,000 square foot nightclub. Already scheduled cabaret shows include last year’s hit Shit & Champagne, the long running Sex and the City Live, and Bearbarella. The nightclub will be anchored by Heklina’s brand new drag show, Mother, which opens Jan. 17, 2015 and will run weekly on Saturday nights.

“It’s a testament to all the amazing community support that we were able to buy and open in less than 4-months,” says Heklina. “We couldn’t have done this without the support of our fans and the performance community, as well as local politicians Jane Kim, Scott Wiener and David Campos, who have been our champions.”

The partnership includes: Heklina – who after two decades has created an international brand with Trannyshack and continues to host some of the largest, most complex drag shows in the world; D’Arcy Drollinger  – writer, director, choreographer, producer, performer & creator of Sexitude™; Jason Beebout, lead singer of the legendary Bay Area supergroup Samiam: and Geoff Benjamin, business consultant and community organizer

The history of the building itself is fascinating and unique. Built back when South of Market was an industrial no-man’s-land and home to some of the first gay leather bars. The Oasis has been a bathhouse, S&M leather bar, a private sex club for a magazine, a discotheque and a Latin salsa club. The club featured a large swimming pool and a retractable roof for many years. The pool may be gone, but the legacy remains!